The #SaveWILG campaign seems to be back in full swing, although I can’t make much public comment at this precise moment.

I can let you know that the Petitions Committee at the Assembly will be discussing my petition at their next meeting on Tuesday 10th of March at 09:15.

I will be sure to keep you up to date with all the latest #SaveWILG news.

Your petition will be considered at our next meeting on Tuesday 10 March at 9.15.

I received the following email to inform me that the Petitions Committee at the Senedd will be discussing my petition to Save the Welsh Independent Living Grant on Tuesday 17th September at 9.00.  This may be one of the final times that the petition is considered by the committee in question, considering how far we have come over the last seven months.

We are still waiting for our reassessments, but the end is in sight…

Nevertheless, I would still recommend that all those affected by WILG should tune in to the following:

Your petition will be considered at our next meeting on Tuesday 17 September at 9.00.

I have written to the Deputy Minister for Health and Social Services in order to encourage her team to publish a timetable which will allow WILG recipients to plan their futures with certainty, and extricate themselves from limbo land. WILG recipients, such as myself, are still struggling after years of neglect from clueless local authorities. and everyone at the #SaveWILG campaign has faith that Welsh Government now fully understand these difficulties and will be implementing their proposals very soon.

On Tuesday, the Deputy Minister, Julie Morgan will be speaking with the Petitions Committee on Senedd.tv at about 10pm. The meeting will be available to view whenever you can on the website. I am looking forward to hearing constructive plans that can assist me out of the current predicament I find myself in – inadequate care and support is taking it’s toll on my physical and mental health…

Your petition will be considered at our next meeting on Tuesday 05 March at 9.00. 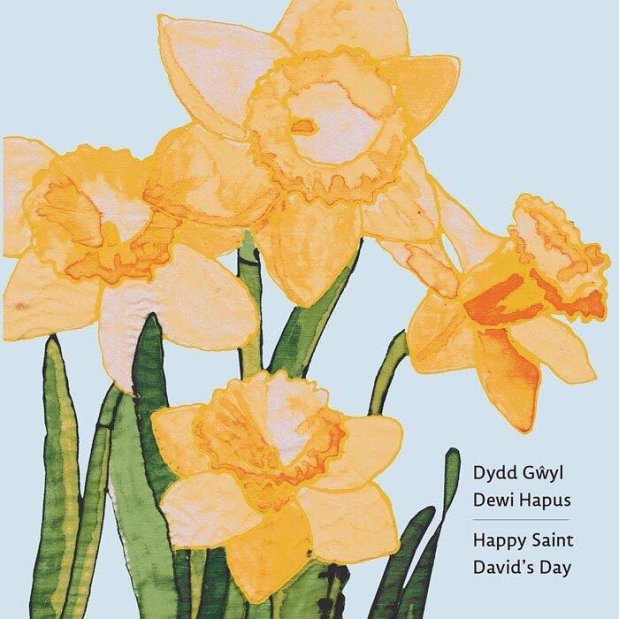 The following article was taken from the Plaid Wrecsam blog. I take no credit for the article and thank everyone at Plaid for their support.

Today sees a Plaid Cymru-initiated debate on the Welsh Independent Living Grant in the Senedd.

Coincidentally, the Welsh Government yesterday announced it was pausing its controversial plans to axe the grant, which enables disabled people in Wales to live independently and manage their own affairs. The pause comes after relentless pressure coordinated by Wrexham campaigner Nathan Lee Davies and many others. The debate was intended to maintain the pressure on the Labour Government, which had decided to follow the Tory line in Westminster and axe the grant.

Responding to the decision by the Welsh Government to bring in revised arrangements for the Welsh Independent Living Grant, Leanne Wood AM, Plaid Cymru shadow minister for social justice said:

“The Welsh Government should just have the guts to admit it got this wrong from the very beginning. After the proposed changes are filtered through, we should have a situation where no disabled person has lost out on care. However, we will be spending considerably more money on administration and reviews to get to this point than if the Welsh Government had just adopted the Scottish and Northern Ireland approach of retaining the fund – as we argued for at the time.

“The problems identified that have led to this suspension of the transition were entirely predictable and have caused disabled people a great deal of anxiety and stress. All because Welsh Labour have been too stubborn to listen to disabled people and their own party activists over the bureaucrats in local authorities.”

Llyr Gruffydd, Plaid Cymru AM for North Wales, has campaigned on behalf of WILG recipients for the past year and said:

“Without the tireless campaign of disability activists such as my constituent Nathan Lee Davies, it’s unlikely this U-turn would have happened. Disabled people would have faced yet another significant cut to the support they have and a loss to their independence.

“Questions have to be asked about why the Welsh Government made the wrong decision in the first place and what it really says about how much it listens to disabled people. Where has the government been before now in acknowledging its proposals wouldn’t work?

“Coming twenty-four hours before Plaid Cymru’s debate to save the Welsh Independent Living Grant, they clearly did not relish defending their failed policy.”

There will be a debate in the Senedd on Wednesday to call on the Welsh Government to retain the #WelshIndependentLivingGrant – this follows @nathanleedavies presenting an 80 page dossier of evidence to the First Minister. https://t.co/Nxrn7Q6hWL #SaveWILG

Its that time of year again, so please feel free to share the following seasonal memes across social media for the attention of those in the Senedd with the power and influence to make a change.

The #SaveWILG campaign is very disappointed that the Petitions Committee failed to move towards writing a report on the petition to reconsider the closure of the Welsh Independent Living Grant.

Urgent action is required now as people continue to struggle as I know only too well. Last night I was awake from 03:00 onwards as I needed to use the urinal, could not grab the paracetamol that I needed to ease the pain in my legs and I had to struggle to get my phone that had slid under my back during a restless sleep. All these problems would have been easily prevented if I had adequate 24/7 care to allow me to live independently in the community like I deserve.

The Petitions Committee – who have been supportive so far – need to remember that there are over 1000 disabled people struggling throughout Wales who are dependant on them taking quick and decisive action.
***
Dear Petitioner
Please note that the actions following the Committee’s meeting have been posted on the Petitions webpage:
English:
http://senedd.assembly.wales/ieListDocuments.aspx?CId=430&MId=5067&Ver=4
If you have any queries – contact me.
Regards
Petitions Committee
***

The Committee considered correspondence from a number of stakeholders and agreed to write to the Minister for Children, Older People and Social Care to:

Below I have copied a letter from David J Rowlands, AM, Chair of the Petitions Committee. That should be of interest to all WILG recipients and their families.

The Petitions Committee is considering the following petition, which was received from Nathan Lee Davies having collected 631 signatures:

I am a recipient of the Welsh Independent Living Grant (WILG) and a disability activist who intends on asking Welsh Government to reconsider their decision to close WILG as of April 2019.

The WILG was introduced to help people who previously claimed from the UK government’s Independent Living Fund (ILF), which closed in 2015. More  than 1,500 people are helped by the scheme across Wales. Recipients all  have high degree of care and support needs.

It was due to run until the end of March 2017, but Social Services Minister Rebecca Evans said in November that funding would continue for another year.

The annual £27m fund will then transfer directly to local authorities during 2018-19 so they can meet the support needs of all former ILF recipients by 31 March 2019.

Why we oppose this decision:

The Welsh Government said the decision was taken on stakeholder advice. The majority of representatives on the stakeholder group were third sector or citizens. But they didn’t want WILG scrapped and the key point is that our advice was not accepted.

It should also be remembered that closure of WILG is not inevitable as is proved through the formation and success of the Scottish Independent Living Fund; which also works to support the Northern Ireland ILF.

This is exactly the time that the Labour Party should be united on such issues against the Tories. We must question why Welsh Labour are not playing their part in the changing political landscape?

Indeed, eventually it should be our aim to set up an Independent Living Fund for Wales so that no disabled person should have to suffer the same uncertainty and isolation as WILG recipients are now experiencing. We can only begin to believe that true social justice and equality for all is possible if Welsh Labour revisit their WILG decision.

Welsh Labour will no doubt argue that we should give the Social Services and Well-being (Wales) Act a chance to succeed. However, this idealistic act needs hefty investment and resources to ensure it is a success – with no sign of any of the necessary improvements to our infrastructure that the success of the Act depends on. This may indeed be the time for a revolutionary change in the way social care is delivered, but such a transformation could take a decade or more and WILG recipients do not deserve to be treated like guinea pigs when their high care and support needs require long-term stability and structure.

Most recently, the Committee held evidence sessions with the petitioner and the Minister for Children, Older People and Social Care. Details of all the evidence received to date can be found here: http://www.senedd.assembly.wales/ieIssueDetails.aspx?IId=19785&Opt=3

The Committee has agreed to seek the views of others who may have a perspective on the petition and the decision to close the Welsh Independent Living Grant from March 2019.

We would therefore be extremely grateful to receive any views you have in relation to the following issues (or any other matters which you feel are relevant):

I would be grateful if you could provide any response which you wish to make by e-mail to the clerking team at SeneddPetitions@assembly.wales, if possible by Friday 14 September 2018.

Please feel free to share this letter with others who you feel would have views to share on any of the above.

Responses are typically published as part of our Committee papers and will be discussed at a future Committee meeting.

I just discovered the Senedd Petitions Committee Minutes hiding in my junk mail folder. We have been waiting with baited breath for the verdict of the committee and now it seams they want to hold more talks with various stakeholders before reaching their final verdict.

The full minutes from the meeting can be viewed here.

The crucial information regarding the #SaveWILG Campaign can be seen below.

The Committee heard evidence from Minister for Children, Older People and Social Care

Members discussed the evidence session and agreed to seek additional evidence from a range of stakeholders in relation to the subject of the petition.